ISRO just launched Chandrayan 2 with the help of GSLV MarkIII(GSLV MkIII). Geosynchronous Sattelite Launch Vehicle is the most powerful rocket booster made by ISRO, This vehicle will help in India’s manned mission for moon 2022. In this post, we are going to talk about Chandrayan 2 and GSLV MkIII. 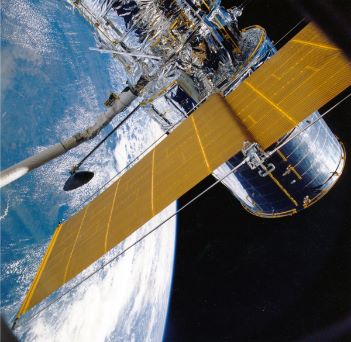 GSLV MkIII is a three-stage heavy payload launch vehicle from ISRO. It has a cryogenic upper stage, Geosynchronous Transfer Orbit(GTO) and 10 tons of payload to Lower Earth Orbit, if we compare this vehicle from GSLV MkII(previous one), GSLV MkIII is 2x more powerful.
two solid strap-ons and a core liquid booster. This vehicle can carry 4 ton of payload(satellites) to

On motors of GSLV MkIII, the two strap-ons are situated on either side of its core liquid core booster(S200). Ignition of these two booster results in the lift-off of the complete rocket and functions only for 140 seconds, each of them carry 205 tons of composite solid propellant.
Engines of liquid core booster ignite 114 sec after lift-off to thrust GSLV. These two engines works after the separation of strap-ons(140 seconds after lift-off).

All missions were launched from Satish Dhawan Space Centre Sriharikota.